HelpAround is now RxWare. Learn more in our press release. 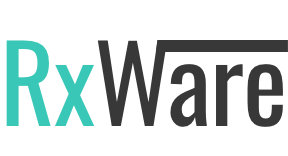 In January 2020, the financial conglomerate Visa announced it was acquiring a relatively unknown startup, Plaid, for $5.3 billion. Corporate acquisitions like these are not uncommon, but someone at the United States Department of Justice took notice of this announcement. Visa had established a stranglehold on financial transactions. The Justice Department moved to stop the acquisition on grounds that Plaid posed “a threat to this monopoly: it has been developing an innovative new solution that would be a substitute for Visa’s online debit services.”

Plaid derives its power because of, not in spite of, its invisibility ― a power Visa and ultimately the government could not deny. When a consumer transfers funds electronically from one financial platform to another, or makes a deposit, or applies for a mortgage, there’s a decent chance Plaid is involved. It is the software that powers interoperability among various financial services brokers. It seamlessly patches together transactions that would otherwise be very complicated. Visa, which at the time reportedly held roughly 70% of the online debit market, had good reason to feel threatened. Plaid unearthed a way to charge merchants and consumers less for the convenience of online connectivity.

Ultimately, both parties backed out of the acquisition. Visa’s attempted $5.3 billion purchase price looked like a bargain when Plaid was valued at approximately $13.4 billion in a Series D funding round in April 2022.

A similar inflection point now faces the specialty pharmaceutical industry. Along their journey, specialty pharma patients interact with a series of siloed institutions: clinics, specialty pharmacies, copay program vendors, patient assistance programs, nurses, etc. Not unlike the financial industry, these institutions still exchange patient information via fax machines. Facilitating digital interoperability among these various stakeholders is paramount. So, what lessons can be gained from the story of Plaid’s meteoric rise?

Read the full article on pharmaphorum.